A tradition of care and planning excellence.

A financial planner since 1973, Sally was one of the most accomplished women in her profession. She was a pioneer and an icon creating client-centric financial planning solutions and forward-thinking approaches to wealth management and providing the utmost care to her clients. When Sally sat for the securities exam in the early 70’s at George Washington University in Washington, DC, she was the only woman sitting in the room made up exclusively of men.

Likewise, in the early 1980s she was the first woman to be appointed to the prestigious Chairman’s Council of Raymond James Financial Services, Inc.* A proud parent and grandmother, Sally was a resident of the Washington, D.C. area since 1964. She always took pride in counting her first client among the many that Law & Associates Wealth Management and Planning still proudly serves.

Sally’s legacy lives on through Law & Associates Wealth Management and Planning and she is greatly missed by her colleagues and clients. Our new brand identity is a tribute to her client commitment and care-based approach to wealth management. 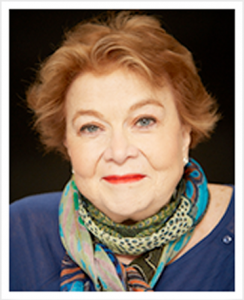 It was November 9, 1994 when I joined Sally and her team at Law & Associates as Vice President of Planning. The position had tentatively been offered to someone else while Sally was away.  However, upon her return and discussion with this potential new employee, she told her team, “don’t hire him, I don’t like him.” Sally was known for her direct, no non-sense manner. To their surprise and disappointment, the interviewing process started again. After making it through the first round, I was brought back in to meet THE Sally Law. Shortly after, I was contacted and offered the position. The job posting was in the classified section of The Washington Post and what caught my eye was, “Opportunity for right person to advance in a niche position.” Little did either one of us know at the time that I would become her eventual successor.

Sally took me under her wings and mentored me, just like she did with so many others. All of us who had the privilege of working with her are extremely grateful that our paths intersected. She challenged us, pushing us outside of our comfort zone to develop and grow us both personally and professionally. Through the long tenure of her career, many came into the office and were fortunate enough to learn from her. When they left, Sally responded in such a positive and remarkable way. She would feel as if she had sent another “butterfly” into the world to make a difference. Early on, Sally began taking us to conferences and we became known as her “entourage.” She felt the exposure was important to our growth and professional development. Sally also created a warm and fun work environment. She loved planning special occasions for us and our families – birthdays, holiday celebrations, baseball games, weekend summer retreats at Smith Mountain Lake, concerts, and Kennedy Center tickets. Many of us even shared in various school activities and programs for Heather and her children. Noah, Heather’s son, is in Boy Scouts and they were having a spaghetti fundraiser. She bought lots of tickets, handing them out to family and friends. This was the last time I would see Sally.

Sally was a visionary. According to the dictionary, this is a person thinking about or planning the future with imagination and wisdom. A person with original ideas about what the future will or could be like. I believe this was one of the attributes that made her such a trailblazer in the financial services industry. She had the unique ability to see the big picture, yet pay attention to the small details, developing a plan to reach the goal. One of the many stories I think about is the day she was out walking and passed by a very old, dilapidated building in Glen Echo, Maryland. The wheels started turning as she imagined what it could be. Sally went to the office the next day to let everyone know that she had found the “perfect” place for an office. Excited, they piled into the car for a field trip. They arrived in front of a building literally falling to the ground and she looked at them with a big smile and twinkle in her eye and asked, “What do you think? Can’t you just imagine our office here?” They all looked at her thinking that she had lost her mind. How could this ever work? Law & Associates has called that building “home” for 27 years.

Sally cared deeply for the people she knew and worked with for so many years. When we come to work at Heather Cottage, we feel like we’re coming to our “second” home…spending time and interacting with our friends – our extended family. We have received many notes and cards over the last several weeks. Many of those notes and cards expressed how impactful Sally had been in their lives through the years. They said that Sally had played such an important role in helping clients achieve their life long goals and dreams. We still have Sally’s very first client. It is because of her good planning through the years that her legacy is in place and strong.

When David called to let me know of Sally’s passing on that Good Friday, my world, as well as the world for many others, had been altered forever. As I stood on my patio that evening gazing into the heavens, there appeared the most beautiful full moon. For me, it provided peace knowing that there is a God who cares for His children and that Sally is safe in His loving care. Thank you for such an incredible gift. I feel extremely blessed to have had her in my life for so many years.

*Membership is based on prior fiscal year production. Re-qualification is required annually. The ranking may not be representative of any one client’s experience, is not an endorsement, and is not indicative of advisors future performance. No fee is paid in exchange for this award/rating.

Throughout the years, Sally inspired and nurtured the staff and professionals at Law & Associates.

Sally and Janice shared a great mutual respect and as Sally neared retirement, she passed on the leadership of the practice to Janice.